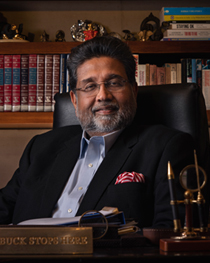 Harshavardhan Neotia hails from a distinguished family that migrated from Rajasthan to Kolkata more than 100 years ago. He is an Entrepreneur, and presently Chairman of Ambuja Neotia Group. The Group operates across four business verticals: Real Estate - covering the entire gamut of housing, retail and commercial spaces, Hospitality - including hotels, resorts, clubs and restaurants, Healthcare with multispecialty hospitals & Education. Headquartered in Kolkata, the group’s projects are mostly located in Eastern India.

He did his schooling from La Martiniere for Boys, Kolkata. He graduated with a B. Com (Hons.) degree from St. Xavier’s College, Kolkata, and went on to complete the Owner President Management Programme (OPM) from Harvard Business School, USA.

His work in social housing earned Harsh Neotia the honour of being conferred with Padma Shri from the Hon'ble President of India in 1999. He is also a recipient of the YPO Legacy of Honour Award. He was recently conferred the D.Litt. (Honoris Causa) by the Vidyasagar University, West Bengal, and ‘Honorary Life Fellowship’ by AIMA (All India Management Association).

He is an active Member and Past President of FICCI and also Past President of AIMA. He is presently member India Brand Equity Foundation (IBEF) Trust, Indira Gandhi National Centre for the Arts (IGNCA), and Chairman of National Institute of Technical Teachers' Training & Research (NITTTR).

He has also formerly been on the board of IIM Kolkata, IIT Kharagpur, and a member of The Court of Jawaharlal Nehru University.

He heads Jnana Pravaha, a Centre for Cultural Studies and Research in Varanasi, as its chairman and is one of the trustees of Shree Somnath Trust that manages and maintains the Somnath Temple in Gujarat. He also serves as the Honorary Consul of Israel in West Bengal. 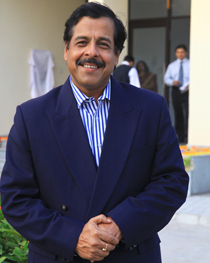 Having more than 36 years of rich professional experience across diverse portfolios like academics, manufacturing, healthcare & hospitality industries Mr. Pradeep Lal Mehta is presently the Vice-Chairman & Managing Director of the healthcare vertical of the Ambuja Neotia Group.

He is the Past President of Association of Hospitals of Eastern India (AHEI) and a member of the Health care Sub Committee of CII Eastern Region. He is a Fellow Member of Institute of Chartered Accountants of India and of Institute of Company Secretaries of India. Mr. Mehta holds a Masters degree in Business Administration from Kansas State University, USA.

He was involved with his family business until 1994 after which he got associated with the Ambuja Neotia Group with his first assignment as the head of Corporate Affairs & Finance in Ambuja Cements.

Subsequently from the year 2002 he started leading the Group’s Healthcare Initiatives under Park Hospitals Ltd. Under his leadership the healthcare vertical of Ambuja Neotia Group strongly established the most sought after mother and child super-specialty destination in Eastern India “Neotia Bhagirathi Woman and Child Care Centre” at Kolkata. He simultaneously succeeded in amplifying the group’s bouquet of healthcare services from super specialty to the superlative multispecialty hospital in Siliguri “Neotia Getwel Multispecialty Hospital”, the Infertility Treatment Center “Genome The Fertility Centre”, the Nursing institute par excellence “Neotia Academy Nursing Training Institute ”, the Diagnostics and specialty clinic “Neotia Mediplus OPD & Diagnostics Clinic”, the second Neotia Bhagirathi Woman and Child Care hospital at New Town, Rajarhat along with upcoming many new initiatives on the anvil. 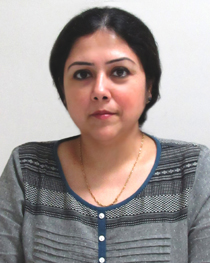 Ms. Ruma Banerjee is presently the Senior Vice-President of the healthcare vertical.

She is a post-graduate in Hospital management from Calcutta University (IISWBM) with 20+ years of experience. She also holds a Post Graduate Diploma in Medical Law & Ethics (National Law School of India University, Bangalore).

Ms. Ruma Banerjee has also been instrumental in successful commissioning of the units ensuring efficient healthcare delivery systems keeping an eye on the cost parameter, programming and planning of hospitals as well as successful customization and implementation of healthcare support systems.

She holds a NATHEALTH - Healthcare Federation of India membership & is the state secretary of AHPI - Association of Healthcare Providers (India). She is also a member of Healthcare Subcommittee of FICCI, ICC & CII Eastern Region. 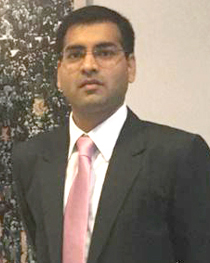 Mr. Vikash Jaju is presently been entrusted to look into the Healthcare units of Ambuja Neotia as the Director of the overall healthcare vertical. He is a chartered accountant with more than 16 years of experience with a diverse portfolio in Real Estate, Hospitality & Healthcare businesses and also in NBFC's sector. He has a Commerce degree in honours from St. Xavier’s College, Kolkata. He is also an Associate Member of the Institute of Chartered Accountants of India.

He has been instrumental in monitoring the internal fund movement, allocating capital between various asset classes with an objective of managing the risk and maximising return, in financial structuring of the Companies including merger/demerger, tax planning etc.

Currently, he is designated as the Director, Ambuja Neotia Healthcare and Chief Executive & Finance Controller of Family Office of the Promoters of Ambuja Neotia Group and is part of Senior Management.

In addition to this,. Mr. Jaju also holds Director position in various companies of different sectors such as Real Estate, Hospitality etc.